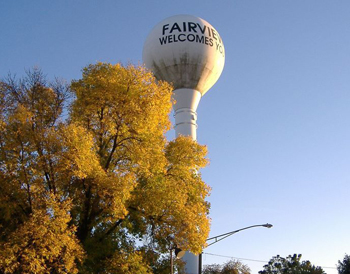 In the early 19th century, European settlers began arriving in Ridge Prairie, which is now known as Fairview Heights, Illinois. These early settlers were German immigrants who cultivated the land for farming and built small log cabins. By the mid-century, more growth came to the area as the coal mining industry began to grow extensively in Southern Illinois. In 1900, a local realtor laid out a town called Fairview in Ridge Prairie and began selling plots of lands.

The community grew much larger in the 1950s and 1960s due in large part to heavy traffic that passed through to Belleville, Edwardsville, and Collinsville. Fairview Residents voted to change the name of the community in the mid-1960s and were given the options of Fairview Heights, Prairie Ridge, and Lincoln Heights. In the summer of 1969, the name Fairview Heights was officially recorded, and the city was incorporated later that year.

Since then, the city has become a retail and commercial shopping center for Southern Illinois with its many malls including St. Clair Square Mall. Today, over 16,000 people live in Fairview Heights, many of whom are Pestshield customers.

If not, don’t worry, because we still offer first-class pest control services that are effective at both eliminating pests and keeping them from coming back. Take the first step in protecting your home from pests by requesting a quote or contacting us today!