They’re creepy, they’re crawly, and movies have been made about how much we don’t like them, but spiders are quite common — especially in the St. Louis area. They’re a largely beneficial insect as they eat dangerous insects like mosquitoes and ticks, and while accidentally bites may happen, only 2 of the 470 species in the state of Missouri have a bite that will pack a poisonous punch: the brown recluse and the black widow.

Types of Spiders to Watch For

Among those hundreds of species, only a handful will impact your home, garden, or commercial building. 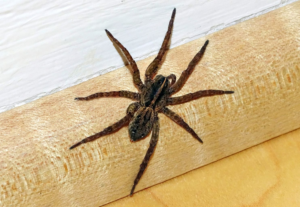 Preventing Spiders in Your Home or Building

Spiders are a natural part of the ecosystem and play a large part in pest control, but it doesn’t mean you want them setting up shop in your home or business. Because spiders like quiet, dark spaces, it’s a great idea to keep your spaces clean and organized. Get rid of those stacks of cardboard boxes you’ve been saving — that’s prime real estate for spiders.

You’ll also want to seal up window sills and doors, which can also help make your home more energy-efficient as well. Spiders won’t be a problem if they can’t get in. Around the outside of your home, eliminate log piles, yard clippings, or weeds that can become insect hideout.

If you see a spider in your home, it’s very likely that there are hundreds more hiding in your walls, attic, or dark corners. When you call in a team of pest professionals for an inspection, they’ll check areas that spiders commonly live and help identify the spiders that may be causing a problem in your home or building. They’ll let you know the necessary steps to take to protect your family and your home.

Whatever the spider problem is, the pest professionals will exterminate spaces that are already infested, and prevent future infestations. It’s time to put an end to your spider problem. No more screaming or jumping in fear. No more feeling like you have something crawling on you in the dark. Our experts at PestShield are ready to eliminate your spider problem once and for all.